The clay is first worked and then mounted on the wheel. After the first firing, paint is applied and then the second firing allows glazing. In Moroccan decoration, the colours and shapes are of a wide variety depending on the object made.

Towns where Moroccan pottery is made

Morocco is a country devoted to pottery. Many large cities such as Safi, Fes, Rabat have made it their speciality. This craft is often a man’s job. The colour of the clay varies according to the place of production: it can be white or red.

The organic and ecological pottery of Morocco

There is one exception in the manufacture of pottery in Morocco, pottery made in the northern part of the country in the Rif. This pottery is made by female craftswomen using an age-old technique. The women from the pottery by a coiling technique and don’t use a wheel.

This rural pottery contains neither glaze nor paint and has exceptional properties, it is healthy (since there is no glaze) and is 100% clay. The firing of this earthenware is done in traditional kilns. Each family has its own kiln, the loading of which is a long and laborious operation. The firing lasts about 12 hours because the kiln must be left to cool down before emptying it. The tagines or baking dishes made in this way allow slow, healthy, tasty, simple cooking with an undisputed flavour. Lhadara imports and resells these tagines and terracotta cooking dishes and they can be found in many different countries around the world in shops selling ecological products.

The most widespread Moroccan pottery is undoubtedly the tagine, but there are also the traditional Moroccan ashtray with its ball shape and the traditional plates of Safi, of Fes and of Rabat. 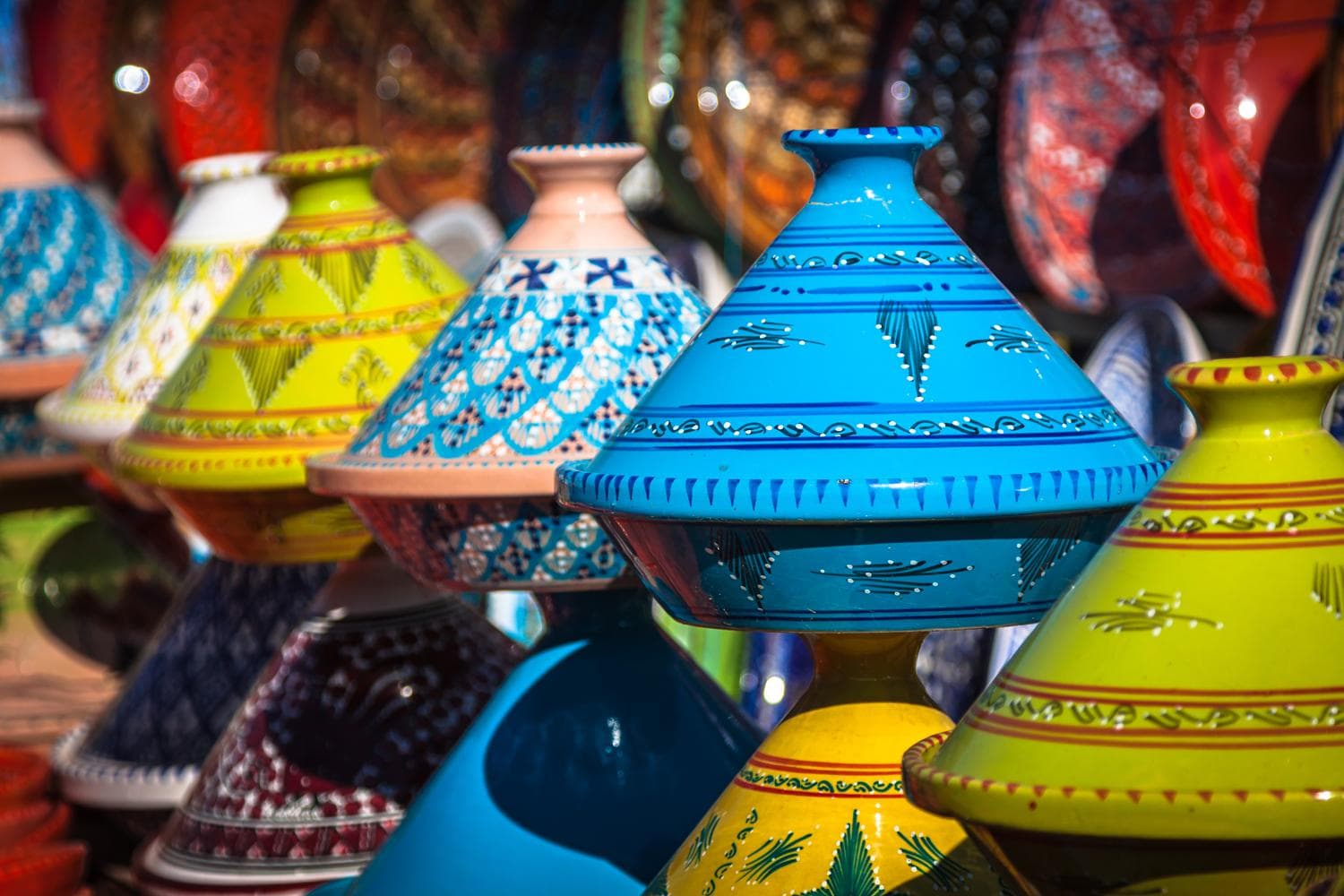